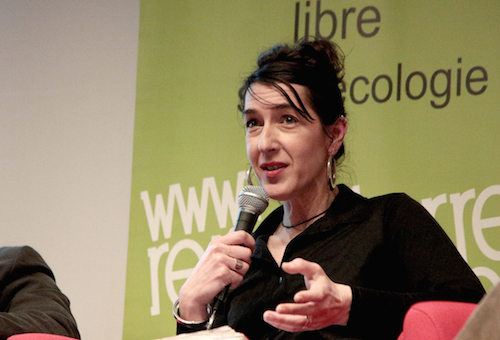 You can’t knock a product publicly without good reason.

That, in substance, is what a court in Libourne decided yesterday when it fined an association called Alerte aux Toxiques 125,000 euros and ordered them to take down a report that Bordeaux wines contained a host of toxic residues.

The CIVB (Conseil Interprofessional des Vins de Bordeaux) questioned the methodology of the association’s findings that were published online and, above all, the snarky remarks that accompanied them. The association was thus found guilty of “dénigrement”, or “untruthful disparagement.”

I really don’t feel much sympathy for Valérie Murat because, although muckraking has its place, for sure, behavior such as hers tends to paint everyone with the same brush and does harm.
Unlike most all other food products, wine escapes legislation requiring the listing of ingredients and “use by” dates. While something should probably be done about that, a smear campaign based on shaky science is not the best way to go about achieving this.

Had the same woman presented her case differently, publishing the figures with the customary provisos all serious scientific studies should have, and, above all, interpreted them without bias or ill will, this all would have turned out very differently.

Surely a function of my age, I am not attracted by wines marketed as organic. This is not a selling point to me because a wine’s chief virtue to me is to taste good. I’ve had too many poor organic wines along the way. Before I, myself, am accused of ill will and bias, I’m willing to evaluate any wine as objectively as possible and, of course, acknowledge that there are excellent organic wines. It’s just not the paramount criterion for me.

Madame Murat says she will appeal the court’s decision. I doubt the judgement will be as severe next time around, but plenty of people will be following this affair closely.