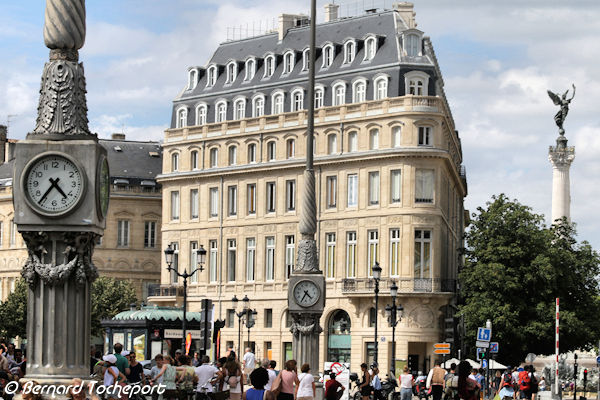 As reported in the Feb. 12th issue of the local newspaper, le Sud-Ouest, the 2020 sales figures for Bordeaux wines have just been released. And they are not encouraging. The Gironde department sold 3.9 million hectoliters (the equivalent of 522 million bottles) of wine last year. This was 5% less than in 2019 in volume and 12% less in value (for a total of 3.5 billion euros).

Supermarket sales in France, by far the largest distribution vector for that market, fell by 4%. It did not help that the country’s huge restaurant and café sector has been closed for months.

Exports, which account for about half of all sales of Bordeaux, were down 3% in volume and 14% in value. These figures confirm that Bordeaux has experienced a third year of crisis in a row. The structural reasons are well-known: fewer people shopping in supermarkets, a drop in sales of red wine, difficulties on the Chinese market, customs barriers in the US and, of course, the Covid pandemic. With regard to America, while the volume of exports actually increased by 1% in 2020, value was down by a huge 29%. Despite Brexit, shipments to the UK were up 6% by volume, although a certain amount of that involved stocking up before Britain officially left the EU on Dec. 31st.

In order to cope with overproduction, some 550,000 hectoliters of Bordeaux wine, i.e. 10% of a normal vintage, were distilled in the past few months thanks to EU subsidies.  Uprooting vines is now an option being seriously considered.

Sales for the last three months of the 2020 were better than the same period the previous year, so there is some ground for hope. But the medium-term obstacles remain challenging. Some serious soul-searching and decision-making needs to be done. Of course, certain market segments are suffering more than others, with the great growths being in a separate and less-threatened category. Also, the value of French wines and spirits exports on the whole were down by 14% last year. So Bordeaux is not alone in having a difficult time.