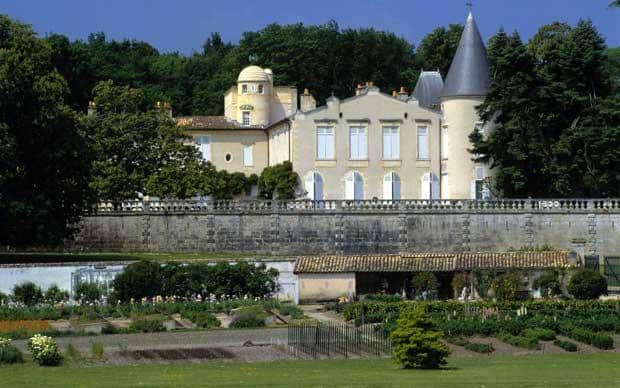 As reported in the Sud-Ouest newspaper, Christophe Salin, the manager of Château Lafite Rothschild, got into trouble recently for a speech he gave at a tasting in Montreal a while back.
http://www.sudouest.fr/2016/09/21/mariages-consanguins-la-polemique-enfle-2507722-2530.php
Salin probably figured that he was free to speak his mind 5,000 km from home. However, the speech was filmed and went on the Internet…
What exactly did Salin say?
First in French, then translated into English.

“Years ago, all it took to become managing director of Lafite or cellar master of Lafite was to be the son or grandson of the previous one. However, unfortunately, that did not work out over time, for a very simple reason: the Médoc is a peninsula, and there was much marrying between blood relatives. By the third generation, there were some cross-eyed children… I ended this practice with Baron Eric de Rothschild by hiring qualified people from outside the region”.

These comments did not sit very well with Pierre Revelle, a municipal councillor in Pauillac – as well as the son, grandson, and great-grandson of Lafite cellarmasters, who decried Salin’s “obvious contempt for generations of workers who made Lafite what it is today”. Revelle went on to say “The great 53, 61, 82, 85, 86, 89, and 90 vintages were produced by people without diplomas”.

Salin apologized to Lafite employees and declared to Sud-Ouest, “I am unhappy. I have no excuse to offer. What I meant to say is that the people of the Médoc were specialized in their work and close to the terroir. Honestly, this affair is all very sad to me”.

Without wishing to crucify Monsieur Salin, what this brings home is the feudal, “upstairs/downstairs” side of the Médoc, much more so than on the Right Bank. There are the people who own the grandiose châteaux… and those who work for them, the underlings. Salaries at some world-famous estates are surprisingly low. And, although labor relations are generally cordial and strikes virtually unheard of, there is a huge gulf between the haves and have-nots. You sometimes get the feeling that the 20th century (never mind the 21st!) has bypassed the Médoc…