I usually aim for 2-3 posts a month, and have been keeping fairly well to this schedule – even though I see that blogs are less popular than they once were: http://fermentationwineblog.com/2016/01/wine-blogs-die-without-funeral/
However, I still believe that they serve a useful purpose, especially for more specialized subjects. But then I would, wouldn’t I? :-).

As focused as I am on Bordeaux, I am interested in all the world’s wines. That having been said, I prefer not to talk about them here. For example, I just spent a week in Italy (in Milan, Parma, and Modena) enjoying some fantastic food and wine. And on Saturday I will be going to a tasting of 2008 Premier Cru wines from the Côte de Nuits. But that is not the subject of Bordeaux Wine Blog, is it?

Yesterday, I was all on my own on a cold, wet, winter’s evening. I thought to myself that this would be an ideal opportunity to slowly savor a good wine and write about it. So, I uncorked a bottle of 2004 Bahans Haut Brion and decanted it two hours before dinner.
I have a huge soft spot for the wines of Haut Brion or, more precisely Domaine Dillon. I know the estate professionally, good friends have worked there and, of course, there is also the American connection. Bahans Haut Brion was the second wine of Haut Brion for many years, and was replaced by Le Clarence de Haut Brion starting with the 2007 vintage.
So, drinking Bahans Haut Brion is like drinking a little bit of history – a wine that no longer exists – like Bélair (a Saint Emilion first growth that has since become Bélair-Morange), Tertre Daugay (a Saint Emilion classified growth acquired by Domaine Dillon and renamed Quintus), La Clusière (a Saint Emilion classified growth absorbed by Pavie), La Fleur Milon (a Pauillac bought by Philippe de Rothschild), etc., etc. 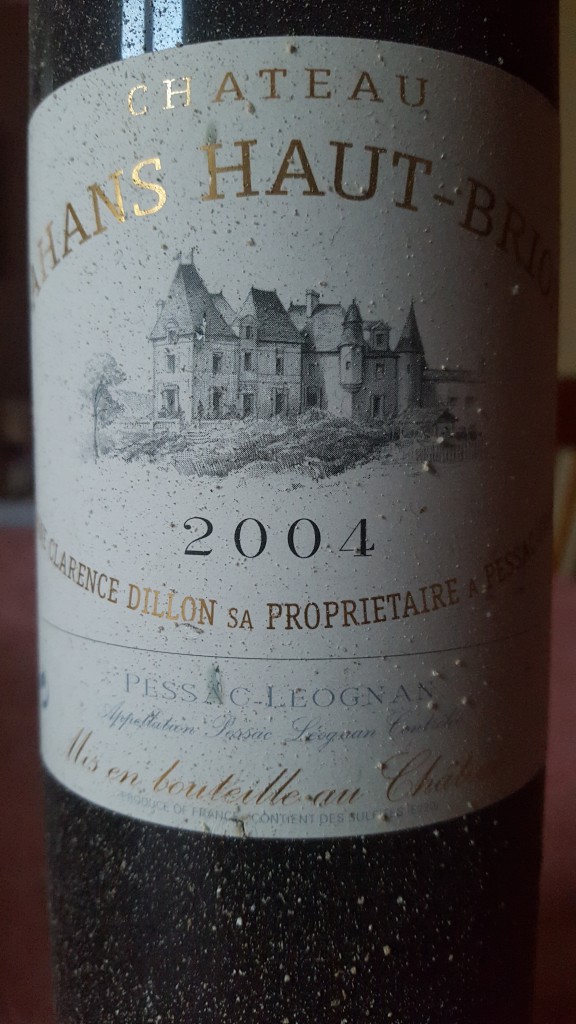 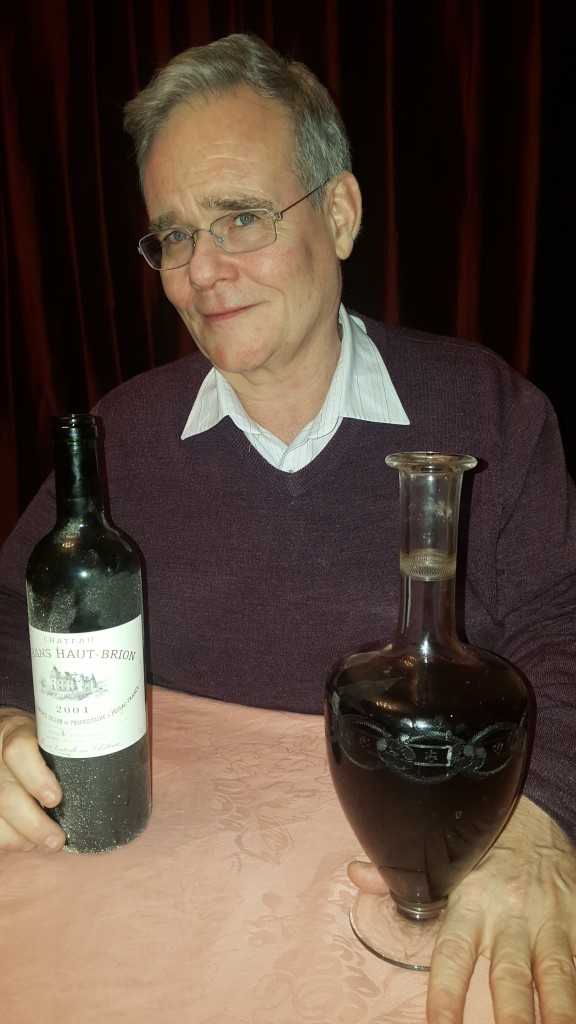 The color of 2004 Bahans Haut Brion was deep and surprisingly purplish. The rim was slightly thin with only a suggestion of bricking.

The understated nose showed subtle plummy aromas and ethereal black fruit, as well as some lead, a dusty quality, and a faintly resinous hint.

Palate: The wine was quite fluid and light on its feet, with obvious class. It was unquestionably smooth and slick, with a certain sweetness. However, there was not the volume, body, or length of a great wine, and the expression “un ordinaire de roi” leapt to mind. The wine did not develop authoritatively and dipped on the middle palate. There was also some bitterness on the finish. Still, this was a perfectly creditable showing for a second wine over ten years old and it was clearly within its drinking window. And it made a dreary evening something special.

Oh, and you may wonder. What dish did I have to accompany this fine Bordeaux? Well, it happened to be homemade lasagna. And it was delicious.