1999 has a rather low profile. It is certainly not considered a great vintage, but neither do people think of it as a poor one. The “received wisdom” seems to be that it is early maturing and on the light side.

My notes are cursory seeing as I was hosting a meal, but I still though they were worth sharing. 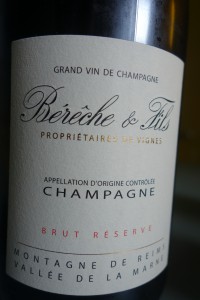 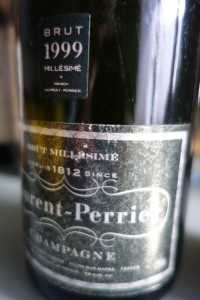 We started off with two Champagnes. The Bérêche Brut Réserve was wood-aged, which is not very common these days. The nose was pleasant enough, but the taste was rather one-dimensional and the oak added more hardness on the aftertaste than anything else. The 99 Laurent Perrier, on the other hand, was a beautiful wine, pretty much in its drinking window although it will age for many more years. The nose was biscuity, creamy, complex, and a real treat. The wine was also yummy on the palate with a long fine aftertaste. This was one of the most enjoyable Champagnes I’ve had in a long time. 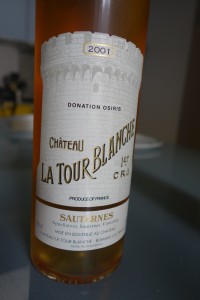 We enjoyed a bottle of 2001 Ch. La Tour Blanche with foie gras and toast. I have a soft spot for this vintage of La Tour Blanche because I spent a day picking grapes there in 2001 with my wife and son.  The wine had a lovely deep golden colour with bronze highlights. The nose was utterly classic with vanilla overtones to complement the rich botrytized fruit aromas. The wine was neither too heavy nor too sweet on the palate and it had a smooth, long aftertaste with some zippy acidity and a lovely touch of bitterness that kept it from being cloying. The consensus was that this 2001 was nearing the middle of its drinking window, but that it has a very long way to go.

Next up were the three 99s, all great growths from Pauillac. 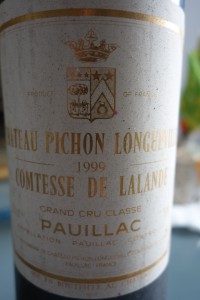 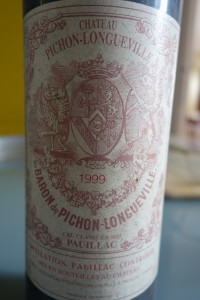 The wine we liked most was Mouton Rotshchild, even though there was some greenness on the nose and we would have liked more flesh on the bones. I had enjoyed this same wine during Vinexpo 2015. That bottle was further along, even tired. This one was more vital, but still not a benchmark Mouton. It is fine to drink now and won’t gain much form further ageing.

99 Pichon Comtesse was, as expected, the smoothest and roundest of the three, but the nose had a carmel quality that I didn’t like very much. My honest impression is that the wine was starting to fall apart and that it was somewhat disjointed. This statement must be put in perspective, however, because the wine wasn’t actually poor – just a shadow of what a great vintage would be like.

99 Pichon Baron might have trumped Mouton except for some TCA on the nose. This wasn’t marked enough to leave off tasting the wine, but it certainly detracted from the overall impression. That’s a pity because the wine was much, much better on the palate than the Mouton, with a good tannic texture and structure missing from the other two wines. I’m inclined to think that a bottle without cork taint would have been the best of the lot.