I was invited to dinner recently and served 2 fine wines that belied some received wisdom about Bordeaux.

The meal started out in the back garden of my friends Dewey and Catherine Markham with white and red Lillet (I prefer the white). This patent aperitif is made in Podensac, in the Graves, and was sold by the Borie family of Ducru-Beaucaillou to Pernod-Ricard seven years ago.

Dewey wrote the definitive (and only!) book on the 1855 classification http://www.amazon.com/1855-A-History-Bordeaux-Classification/dp/0471194212 and his wife is office manager at Ch. Clerc Milon (Ph. de Rothschild). Other guests included Hamilton and Wendy Narby, former owners of Ch. Guiraud in Sauternes. 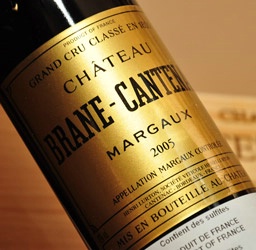 The first wine, 2005 Ch. Brane Cantenac, was served blind. I didn’t venture to say what it was because I was confused. There were elements of Right Bank smoothness, or so I thought, but also the tell-tale graphite smells of the Médoc – but without the body of the Pauillac and Saint-Julien wines I usually associate with those aromatics. I should have deduced from this that the wine was a southern Médoc, but didn’t and remained baffled. I was very surprised indeed when the label was revealed because here was a second growth Margaux from a great vintage, just ten years old, but fully enjoyable and ready-to-drink. The structure was supple, without any tannic asperity.
A wine like this confirms that vintage reputations are misleading. This 05 Brane is as good as it’s going to get. I don’t see it any better a decade or two from now, despite the qualities people associate with the 2005 vintage.
I might add, as an aside, that Brane Cantenac is coming up in the world. I did a vertical tasting at the estate with Gonzague Lurton not long ago and was particularly impressed with the 2010 – the best Brane I have ever had. 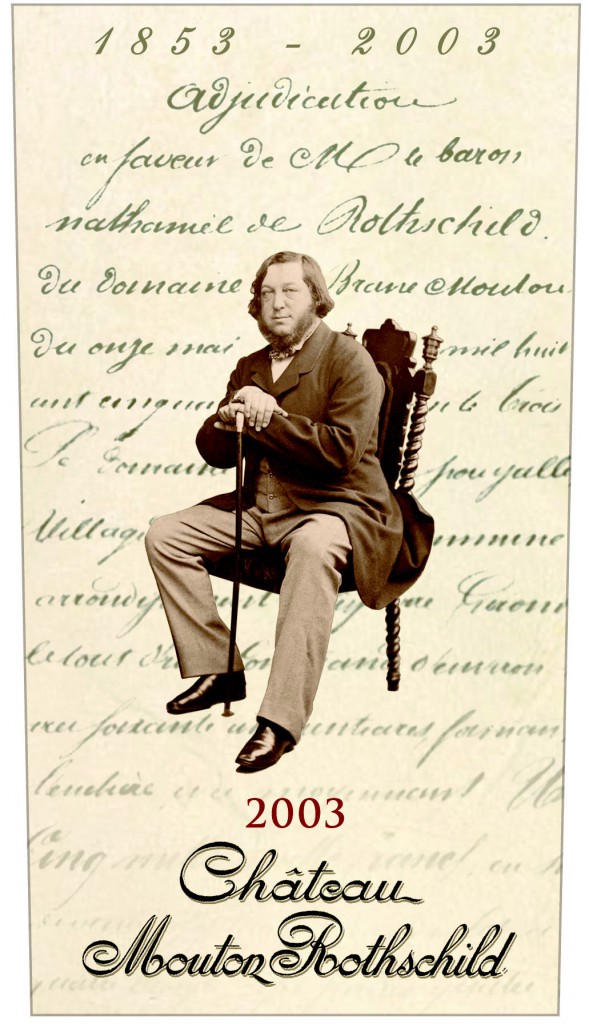 Wine number two was 2003 Mouton Rothschild. We all know what is said about 2003: record heat and wines that are supposedly alcoholic, low-acid, and often flabby. Well, I don’t know anyone who would taste this Mouton and find those characteristics… Furthermore, I think that even the most hard-bitten old-school English claret lover would agree that the wine is enjoyable to drink NOW. Why wait? The lovely trademark blackcurrant and pencil shaving nose is perhaps lacking in complexity and it’s true that might develop a little over time, but the wine is all there on the palate. Where the 2003 vintage has left its mark is in the wine’s exuberance, not unlike that found in some high-class New World Cabernets. A very enjoyable experience. The label celebrates the 150th anniversary of Mouton’s purchase by Nathaniel de Rothschild.