This day was enjoyed at a more relaxed pace. 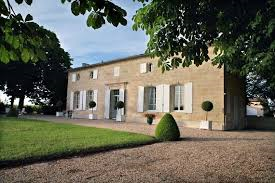 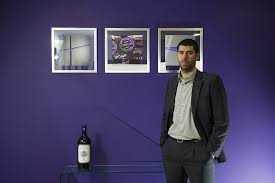 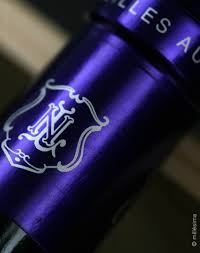 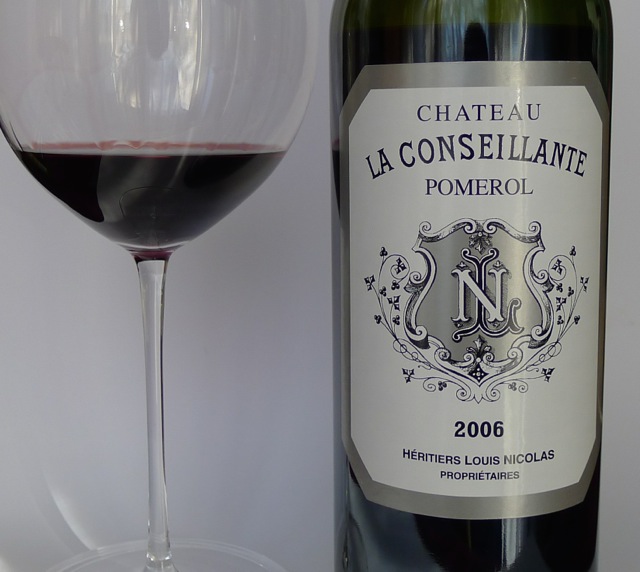 We started out at Château La Conseillante in Pomerol. And, yes, they had redone the cellar there too. The facilities are rather spiffy for such a small estate, and the vat room is not only functional, but round and very attractive.
La Conseillante’s trademark purple color is everywhere.
Estate manager Jean-Michel Laporte began the tour with a long explanation in the vineyard, which was highly useful in order to situate the vineyard and to talk about geological influences.
We tasted the 2006 vintage. The nose was sleek, but closed, and the wine was very suave and elegant on the palate with an almost Margaux-like elegance and no impression of alcohol.
M. Laporte is leaving La Conseillante because as he frankly admits, he had “strategic divergences” with the owners. But I have little doubt that he will resurface in short order at another top-flight estate. He had done great things at La Conseillante and came across as a gifted professional. 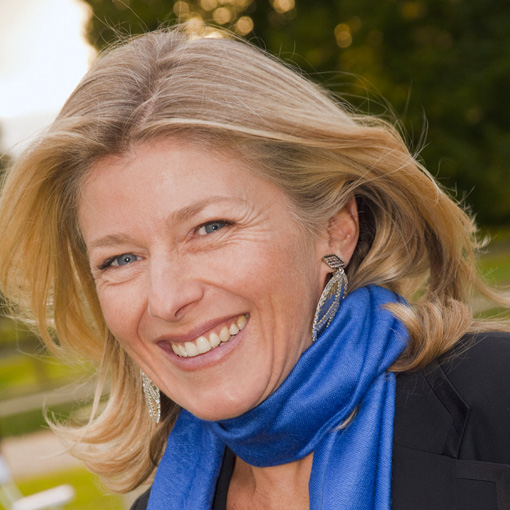 We went from there to Château Corbin, where we were taken around by owner Anabelle Cruse-Bardinet, member of a famous Bordeaux wine family. Anabelle also began the tour in the vineyard and is a very hands-on manager. She explained how she had to fight to keep the estate and has thrown herself wholeheartedly into running Corbin, where she looks after far more than paperwork and public relations. Corbin has maintained its grand cru classé ranking through the various classifications, as opposed to some of her neighbors.
We tasted three wines. The 2014 was pure, fresh, and classy, if somewhat short. The 2012 was very interesting and worthwhile, and the 2010 stole the show. Anabelle says this is the best wine she has ever made.
Corbin is attractively priced and is going from strength to strength. We were very grateful to have visited and to have heard Anabelle’s explanations in excellent English. 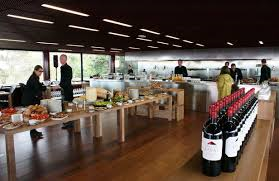 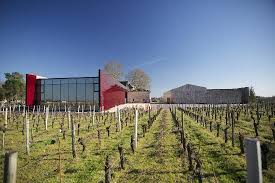 We did not visit Château La Dominique, but had lunch at the restaurant there, La Terrasse Rouge. This is run by the team from La Brasserie Bordelaiss, a popular restaurant in Bordeaux. There is something of the New World here, with long communal wooden tables and plate glass windows offering a great view, including of the new cellar at Cheval Blanc, just a stone’s throw away.
The bistro-style food is simple, good, and not too expensive. I recommend La Terrace Rouge when in Saint-Emilion. It is also open on Sunday. 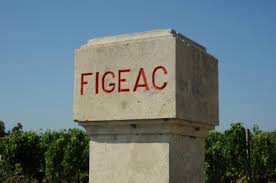 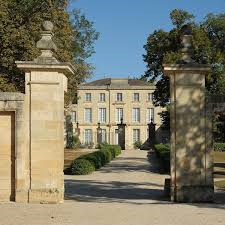 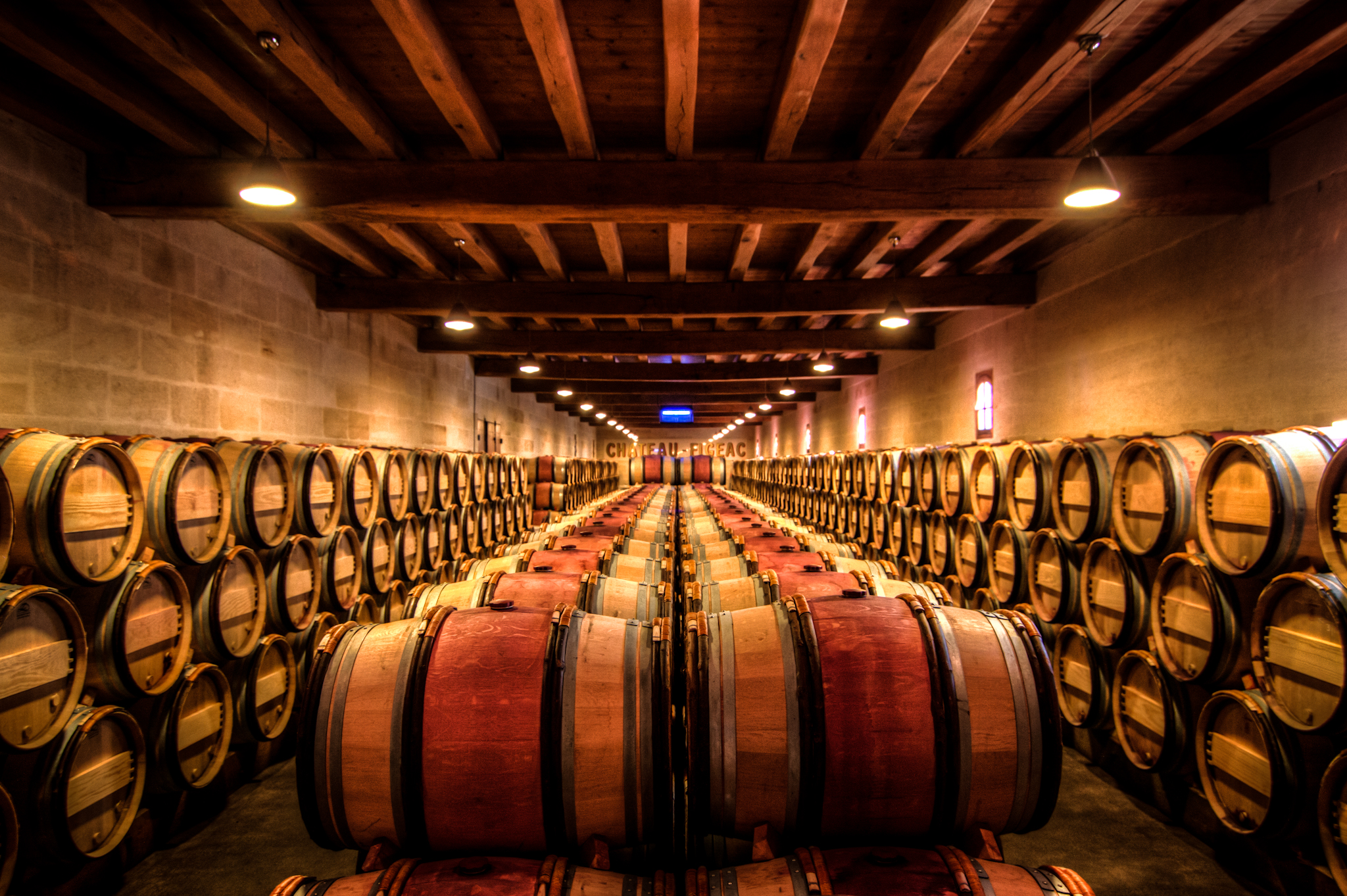 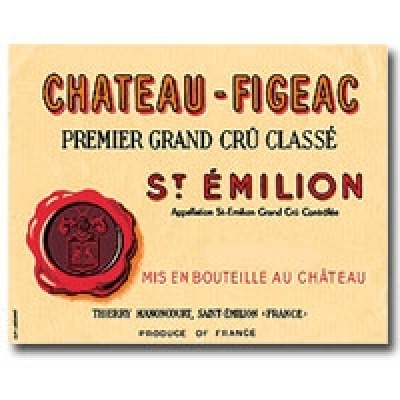 After lunch, we went to Château Figeac. There is change in the air here. The former manager, Éric d’Aramon, left in 2013 and was jointly replaced by the previous Technical Director, Frédéric Faye, and Jean-Valmy Nicolas of La Conseillante. It is rumored that this came about because Figeac was not promoted to Premier Grand Cru Classé “A” status in the 2012 classification. Be that as it may, Figeac has always enjoyed a loyal following and I have the highest regard for the wine, which features a highly unusual blend of grape varieties: 35% Cabernet Sauvignon, 35% Cabernet Franc, and just 30% Merlot. The high percentage of Cabernet Sauvignon is due to the part of the vineyard with gravelly soil, more reminiscent of the Médoc than Saint Emilion.

We tasted the 2011 vintage. My notes read as follows:
Color: beautiful and brilliant
Nose: subtle oak and dark fruit
Palate: good acidity and tangy tannin. Nevertheless round, going into mineral. Very well-balanced. Light on its feet. An intellectual wine. 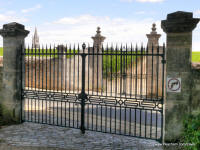 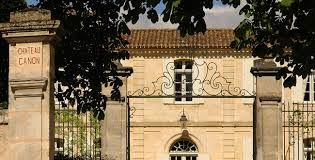 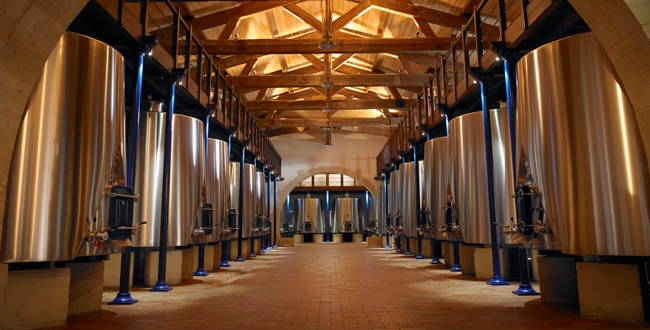 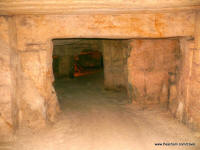 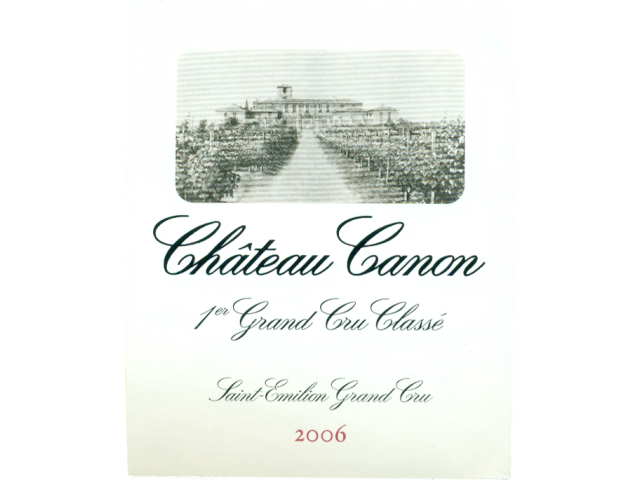 Next on the itinerary was Château Canon, a peer of Figeac (Premier Grand Cru Classé “B”). This turned out to be a delicate exercise because Saint-Emilion has often been described as a gruyère, i.e. a Swiss cheese, due to the numerous underground galleries dug out of solid rock. In fact, there are no fewer than seven levels of these galleries! What this means is that it is forbidden for a bus to go along certain roads because there is danger of their collapsing! We nevertheless drove close enough to Canon to arrive more or less on time… Canon is yet another estate undergoing large scale renovation and the château looks like a major building site. We were taken around the underground cellars, which go on for miles, and also saw a cross-section of the soil. This was very instructive. There is much talk of clay-limestone soil, but it speaks volumes to actually see the solid rock with veins of clay, and the vine roots that push through the latter – a wonderful illustration of terroir.
We tasted 2006 Canon, which looked a little older than its 9 years. The nose was very tertiary with deep cherry aromas. The wine was more expressive on the palate, but seemed austere and not overly user-friendly.

We played tourist in the lovely medieval village Saint-Emilion for an hour, inevitably visiting wine shops (Bordeaux Classique and http://www.vignobleschateaux.com/eng/accueil) and doing some further tasting, including a very fine 2010 Château de Cambes, an expensive but very good Côtes de Bourg from François Mitjaville, owner of Tertre Roteboeuf in Saint Emilion. 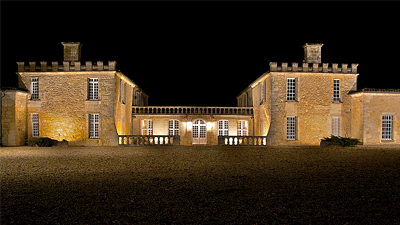 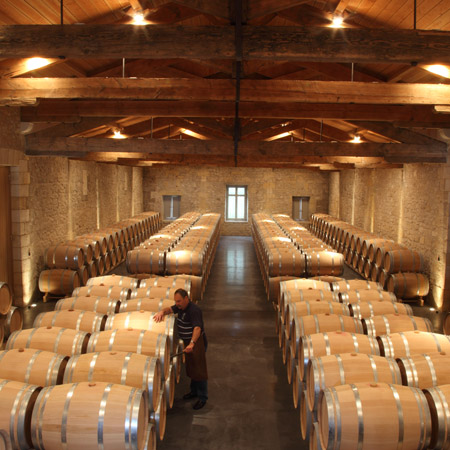 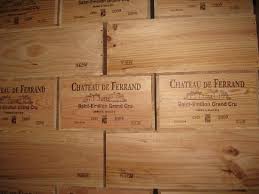 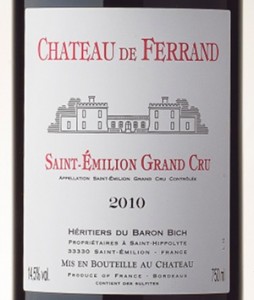 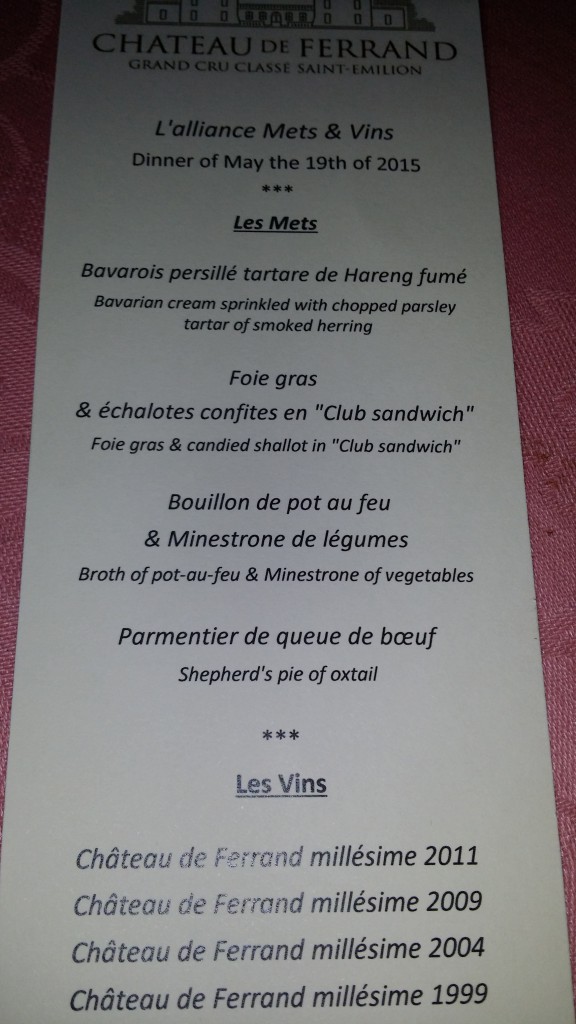 Then it was time for dinner at Château de Ferrand, newly promoted to grand cru classé status in 2012. The château belongs to the family of Baron de Bich, whose fortune was made with Bic pens, lighters, etc.
We were taken around by an 18 year-old apprentice sommelier who acquitted himself very well in English. The château is quite impressive and the cellars are lovely. Ferrand also has an unusual sales policy, keeping back old vintages and not selling them for any more than the release price. For instance, they were just finishing off sales of the 1998 at a very reasonable price (twenty some-odd euros).
Bordeaux is well and truly waking up to wine tourism, and Château de Ferrand has embraced this trend. The meal we were served was catered by the Michelin-starred restaurant La Cape in nearby Cenon. We were served a series of vintages and asked to which wine which went best with each course, although I did not take part in the competition.
Having tasted several vintages, I unfortunately cannot say that Ch. de Ferrand is one of my favorite Saint Emilions, but I nevertheless appreciated my evening there and the warm welcome we received.