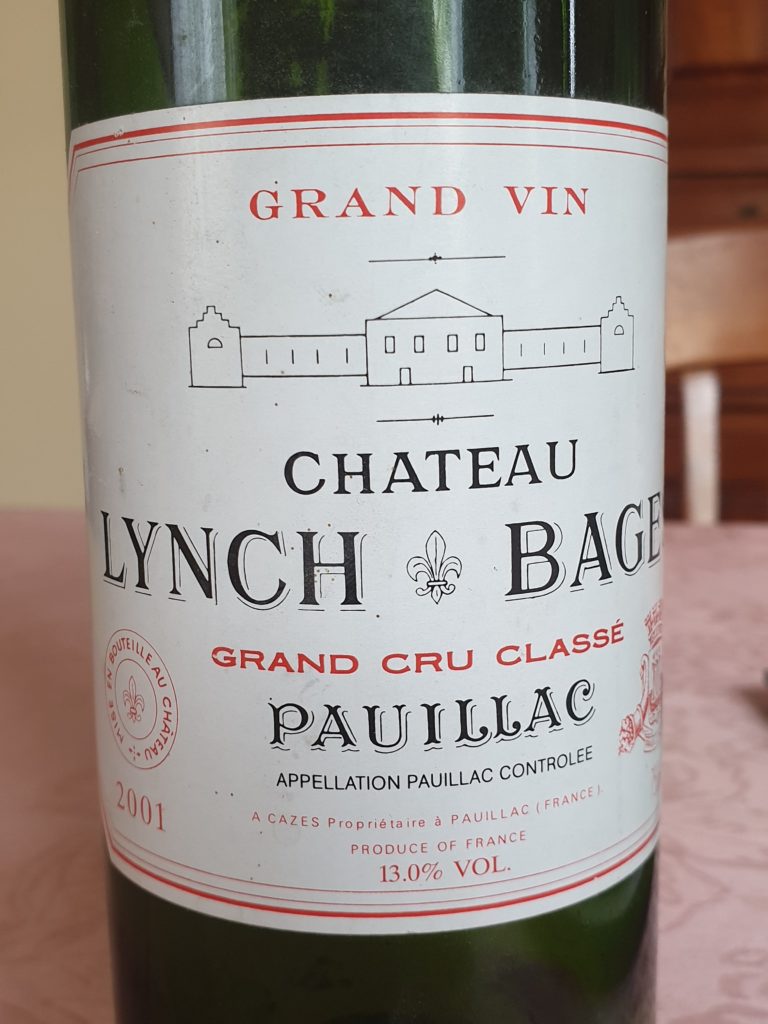 We definitely suffered from media overkill during this coronavirus pandemic, with journalists announcing daily fatalities here and there in a bored sing-song voice and repeating scientific explanations ad nauseam.

So, how about a breath of fresh air?

What are things like in Bordeaux these days? Well, for most of us, life during lockdown was pretty similar to everywhere else. However, not everyone stayed at home. Above and beyond those involved in vital services, there were jobs to be done in the vineyards and cellars.
No distance working here!

Like all of French agriculture, it has been difficult to find people to prune and do other necessary vineyard operations. The army of foreign workers that usually shows up has not come this year, and the French are often loathe to accept such physically-demanding low-paid work. Furthermore, opportunities for people to do so (for some much-needed exercise and to earn pin money) were poorly publicized…

And then there was the en primeur week debacle. Planning such a large-scale operation calls for months of effort and considerable expense. The primary organizers, the Union des Grands Crus, was convinced everything would go forward as planned until very late in the game. The cancellation was unprecedented and leaves many questions unanswered. When will tastings of the new vintage take place – and will the traditional March/April dates be maintained for the following vintage? Will the great wines be sold on a futures basis before, during, or after the tastings? Will the wines come out as usual, more or less at the same time, or will offers be spread out over months?
I am not alone in thinking that late March is not the ideal time to evaluate wines. My earnest wish is that the 2019 wines will be tasted by the trade in September, and that this will set a precedent for future campaigns. Failing that, “skipping a year”, and introducing the 2019 vintage in the spring of 2021, the 2020 vintage in spring 2022, and so forth would also be a welcome change.

Of course, this sort of timing means that château owners will be paid much later than usual. While this will be a hardship for some, many can tide themselves over without difficulty since they are (figuratively) sitting on a gold mine. Let’s be honest: no one is going to shed crocodile tears over estates that will, come what may, be selling their wine for a considerable amount.
That having been said, the market is challenging, even for the great growths, and catastrophic for the rest of Bordeaux.

At the bottom end (half of all wines in Bordeaux are from the Bordeaux and Bordeaux Supérieur appellations), there are huge volumes of unsold stock and a storage problem for the upcoming vintage. A recent article in the local newspaper, Sud-Ouest, expressed the dilemma succinctly: Bordeaux currently produces 5 million hectoliters of wine a year, but sells only 4 million. Something has to give, and distillation seems inevitable. A shakeout is on the horizon, and basic Bordeaux will be profoundly affected for years to come. One can play the blame game here (the fault of: the négociants, dumping by foreign producers, disappointing quality, lack of government support, etc., etc.), but this gets no one anywhere. People with vision need to attack the problem at the roots and reinvent basic Bordeaux. This is not a pious wish, more like an imperious necessity.

Meanwhile, at the upper end, traditional markets (post-Brexit Britain, protectionist Trumpian America, economically-challenged China, etc.) are going through hard times. With massive unemployment and depressed economies, fine wines will surely take a hit. The collapse of the market for great growth wines has been oft-predicted over the past decades, but the system has held firm. I only saw this happen once, in the mid-1970s. Something is going to have to give this time though, probably what is euphemistically termed “price adjustments”. I am sure that Bordeaux is resilient enough to roll with the punches.
Compared to other French regions, Aquitaine was relatively spared by the corona virus. However, the tourism sector has been devastated, as has the aerospace industry. I nevertheless remain optimistic about Bordeaux’s ability to rebound and adapt.
As I write, all the cafés and restaurants in France have been closed for two months. They will not open for at least another month. I am earnestly looking forward to frequenting some of my favorite haunts, and sharing good times with people who aren’t wearing masks or feeling worried.
Interacting via Zoom, WhatsApp, or Skype just isn’t the same…

My family and I had the time to enjoy a number of fine meals and good bottles during the 55-day enforced lockdown. Curiously, a number of the wines I opened were from outside Bordeaux. One of the reasons for this is that many of my friends expect to drink Bordeaux when they come to my house, as do all of my visitors from abroad. So, we enjoyed an onslaught of Burgundy, Rhone, Loire, etc.
However, I could never neglect my first love, Bordeaux. And so a word about the wine that illustrates this post: 2001 Lynch Bages. Coming after the much-hyped 2000 vintage, 2001 was relatively overlooked. And yet… there are some lovely wines, from this vintage the Bordelais call “Atlantic”, meaning affected by cool temperatures and moderate rainfall so typical of the region – Bordeaux-lovers Bordeaux. Not a big, blowsy year, but an elegant one with fresh acidity. This Lynch Bages was squarely in its drinking window with lovely aromatics of pencil shavings and blackcurrnt, along with a great texture and long lingering aftertaste. It is always a pleasure to reunite with an old friend.