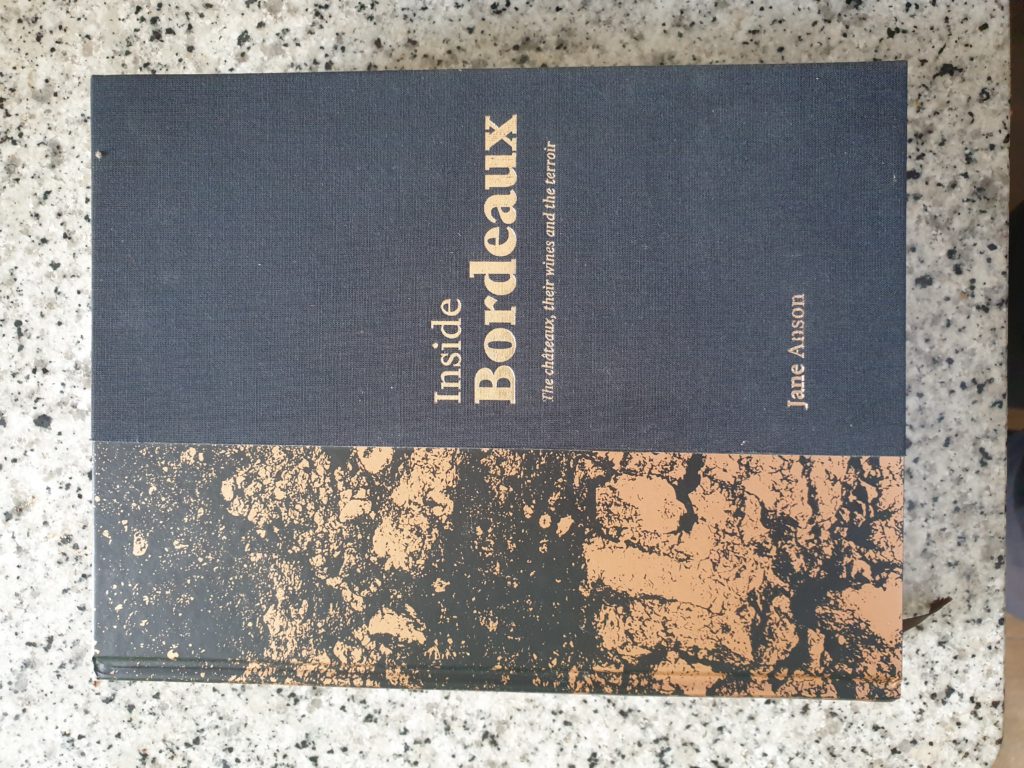 There is a real need for a book like Englishwoman Jane Anson’s every ten years or so because, although Bordeaux is often considered old hat and traditional – sometimes too much – things change all the time, and information is often outdated…

As a long-time Bordeaux resident and lover of the local wine, I pay homage to this well-researched and fascinating book.

You would expect sections on the great châteaux to be a rehash of things we have read a hundred times before, yet Jane introduces new insight and shows that there are developments even at the most famous estates.

The great pitfall of wine writers is complacency, the inability to be upset the apple cart and call established hierarchies into question. As the home of the 1855 classification, Bordeaux is the granddaddy of all such hierarchies! Jane deals honestly with each and every château in the classification (except Sauternes, oddly enough, where ranking is not noted) and does not mince her words. She bumps some châteaux up a notch or two (for instance, Palmer and Léoville Las Cases are put on an equal footing with the first growths and Grand Puy Lacoste goes from 5th to 1st!), while “demoting” others, such as Talbot or Boyd Cantenac.

Of course, with a minimum of 7,000 châteaux in Bordeaux, there is necessarily a subjective element at play in any book like this and some big holes. How could it be otherwise? The Cocks and Féret (AKA the “Bordeaux Bible”) is over 2,300 pages long, versus about 650 for Inside Bordeaux.  As the author of a blog about Bordeaux, I know how hard it is to avoid focusing on the famous wines, of which there are already a great number, to the detriment of numerous noteworthy and much more affordable wines.  Jane manages to stray off the beaten track, and that, along with updates on the estates everyone knows, constitutes the true value of this book. To many foreign wine lovers, Bordeaux is synonymous with the classified growths although, taken together, these represent only about 5% of production! The precious input of a book like this is to turn readers on to many excellent lesser-known wines. In a just a few years, Jane has been around the block and done her homework to an impressive degree. No lover of Bordeaux could fail to be delighted with reading about her discoveries. I’d say that this is a book one dips into rather than reads.

Burgundy lovers (which, it should be stressed, include many Bordeaux lovers!), sometimes talk about terroir as though this were somehow uniquely Burgundian and just a secondary notion in Bordeaux. Inside Bordeaux includes a series of geological maps that puts paid to this preconceived notion. These maps are displayed in an unprecedented way for a book meant for the general public. I can’t say that I spent a great deal of time pouring over them, nor do I think most readers will, but they are a timely reminder that Bordeaux is about terroir, just like any other great wine producing region.

One can nitpick about minor errors in the book, or regret that so little space is devoted to the largest regions within Bordeaux, but these criticisms are far outweighed by the scholarship and, clearly, the love that went into writing these pages. Special praise should be given to Jane’s engaging style, which keeps the subject matter from becoming too dry or academic.

No matter what your level of wine knowledge is, and especially if you are a fan of Bordeaux, this book is a major contribution to works on the subject. It does not pretend, like Robert Parker’s book, to be “The Definitive Guide”, because Jane has the humility to know that such a thing is impossible. But it’s an excellent overview that is bound to teach us all a thing or two.