What is Max Wine Wine Gallery and Cellar? 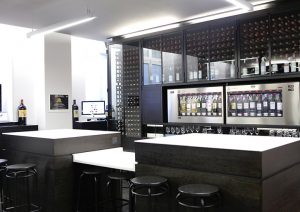 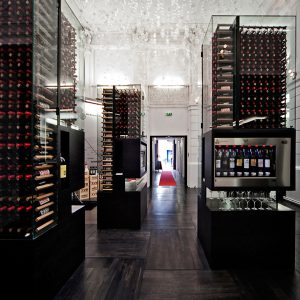 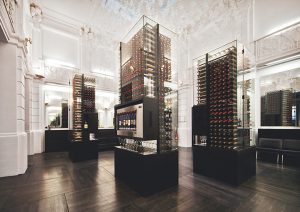 Housed in a splendid town house in the center of Bordeaux, a stone’s throw from the Grand Théâtre, (14 Cours de l’Intendance), Max Wine was opened in 2009 by a Norweigan wine merchant, Henning Thoresen.  It features several Enomatic dispensing machines with inert gas to preserve the freshness of the 48 wines available at any one time – up to and including 1st growths – in 2.5, 5, or 7.5 cl pours.

Customers buy a magnetic card credited with the amount of their choice and taste what they want, how much they want, and at their own pace.

Max Wine Gallery also has a boutique and offers tasting workshops. I went to one of these on the 8th of December focusing on Château La Conseillante.

There is no need to do a mini château profile here. That is easy enough to find on the Web. Let it suffice to say that La Conseillante has a proven track record and is unquestionably one of the top ten wines in a very small, prestigious – and expensive – appellation.

The estate and wines were presented by Elodie Emonet, in charge of communication and public relations. 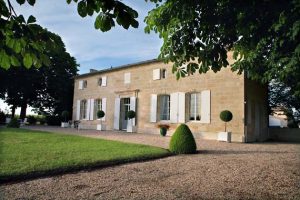 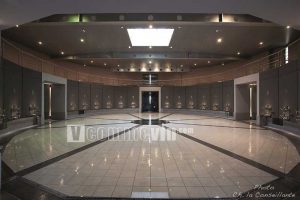 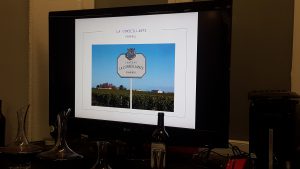 We started off with two vintages of the second wine, Duo de La Conseillante.
The 2013 had a good color with a purplish rim. The nose was bright, simple, and plummy (damson) with cherry overtones. However, the overall bouquet was one-dimensional. The wine was round and slightly dilute on the palate – a lightish thirst-quenching sort of wine that is ready to drink as of now. There are the rubbery tell-tale Pomerol tannins there and a slight gamey touch, as well as a hint of greenness. Fortunately, the winemaker took vintage character into account and the oak is not overpowering. This reminded me of a sort of luxury version of Saumur-Champigny. A decent enough wine, but the question of value for money comes into play here. 13.5/20
The 2009 Duo was a different kettle of fish. The wine had a lovely color with a deep core, although it was not particularly brilliant. It is just starting to brick on the rim and looked a little older than its age. The nose was very beguiling with fine-tuned oak, as well as earthy, truffle aromas. A lovely feminine bouquet. The wine was rich and fairly round on the palate with a velvety texture and a taste of candied black fruit. Very seductive. Medium-long, sprightly, fresh aftertaste. Superb second wine. 15/20. I believe this retails for about 60 euros and at that price is definitely worth the money.

Next up were three vintages of the grand vin, Château La Conseillante. 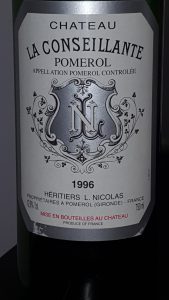 Curiously, we started out with the oldest. I can understand the reasoning, that younger wines might overwhelm a subtle aged vintage. However, I am very conservative here and prefer the opposite order. Be that as it may, we started off with the 1996. At twenty years old this was looking its age, and then some with graduated mahogany overtones. The indescribable (but one tries to describe anyway…) nose featured deep cherry aromas along with leather, forest floor, cherry, and empyreumatic* overtones. It was lovely, understated and sweet, but too indeterminate and not fresh enough. This impression of tiredness carried over to the palate, where the wine was curiously light, but balanced and clearly displayed plenty of class. There was marked acidity here. The tannin will undoubtedly outlive the fruit, which has already started to go. Slightly disappointing for this great wine from a good vintage. 16/20
*empyreumatic: This long, fairly pretentious word is nevertheless very useful to describe certain smells, especially in aged Merlot-based wine. The dictionary defines it as “being or having an odor of burnt organic matter as a result of decomposition at high temperatures <creosote and other empyreumatic oils>” and the word does exist in English. I use it when describing “burnt rubber” aromas, and it is not meant to be negative. If anyone has a better “Anglo-Saxon” word for this, I’d be very grateful to know! 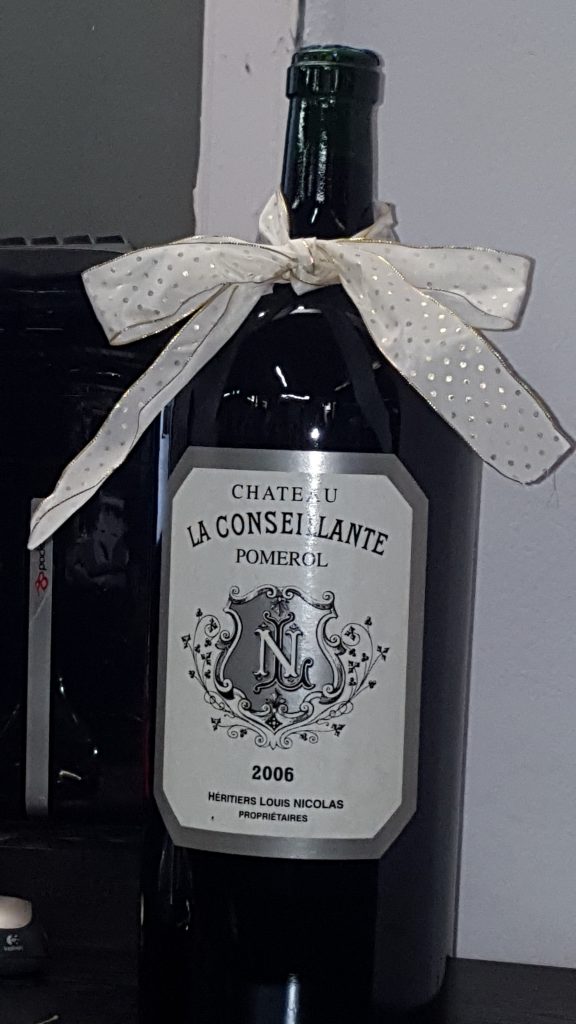 The 2006 was very different, and probably reflects a more modern approach to winemaking as well as its relative youth. The color was a little lackluster with a very deep core and just starting to show some age on the rim. There was definite black truffle on the nose along with subtle floral aromas and sweet fruit. The understated vanilla/almond nuances were very attractive. However, the overall impression is underdeveloped at this stage. The wine was powerful and mouth-coating on the palate, but stops a little short on the aftertaste. The tea-type tannin was velvety – great texture! Fruit paste nuances add a nice touch. Elodie from La Conseillante said this wine is to drink now or to age. I disagree. I think it needs much more time to strut its stuff. 16/20 now, probably more later. I have a bottle in the cellar and will give it another 7 years or so. 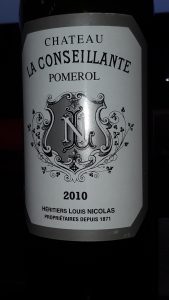 Last up was the 2010. The color was a little dull, but very dark purplish-red and the wine left thick legs on the glass. There was some reduction on the nose with biscuity aromas, a soupçon of mint, and lots of vigorous primary fruit. There were also complex floral and cosmetic hints. Very elegant, but obviously too young. The wine coats the palate on entry and there was some exotic spiciness there, but also a marked alcoholic presence. However, this alcohol is encased in a soft shell. I had the feeling that the wine was not in such a very good place now, but it shows tremendous potential. There was a lovely creamy sensation and a sexy follow-through with enticing blueberry flavors. Superb tannin, with a rubbery quality (once again, this is not meant to be a criticism). There’s definite magic there. 17/20